In an earlier blog, I wrote about the differences between the Dutch and Italian alphabet and how we deal with them now that our 4-and-a-half year old daughter is learning how to write.

About six moths ago, my daughter started to write more and more, for instance when she liked to write al the names of her friends on Christmas cards and invitations to her birthday party. At the time, she already asked me why her friends name Coco wasn’t written with a K, as she clearly heard K-O-K-O.

This letter K is pretty complicated. In Dutch we use either ‘C’ or ‘K’ in based on various rules (e.g. based on what vowel is used, or from what language we adopted the word). In the Italian alphabet, ‘K’ doesn’t actually exist! They use either ‘C’ of ‘CH’.

Actually, there is one way the letter ‘K’ is being used more and more in Italy. Mostly younger people use ‘K’ to replace ‘CH’ on social media or for example in graffiti. Often in combination with ‘X’ in stead of ‘per’. For example you could find texts like ‘non ci 6 x me?‘ (‘why aren’t you here for me’).

Anyway, my daughter wrote ‘heart’ when we were visiting my family in law in Sicily. The correct way to spell it would be ‘cuore’, but she spelled: K-U-O-R-E. As she also drew a heart with it, most people understood without to much effort. 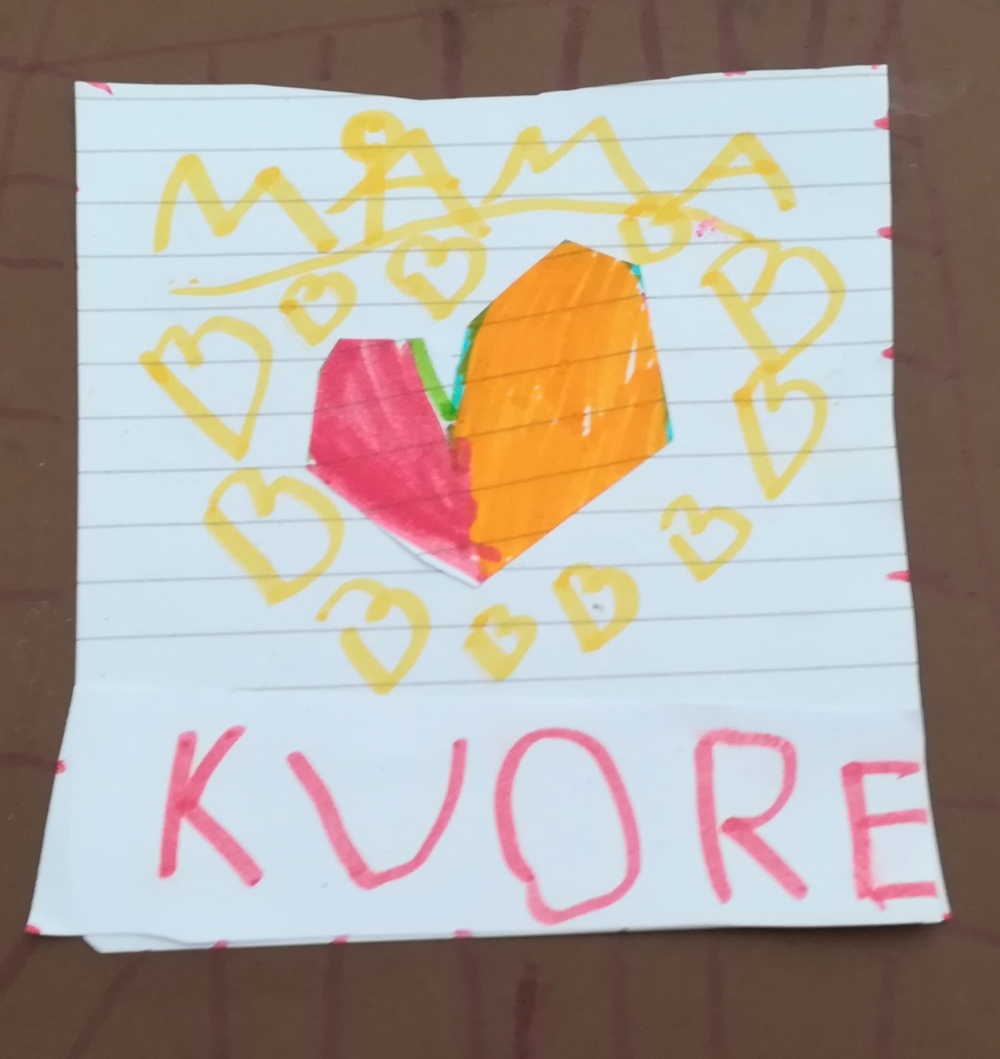 But when she then tried to write the much more difficult word ‘bicicletta’ (bike), without any visuals to help her audience, it was way easier for the younger generations to understand what she wrote down 😉

Maybe she is just way ahead of her time! Allthough not everybody in Italy likes the popular use of the letter ‘K’, in the future we might see it more often even in Italy!